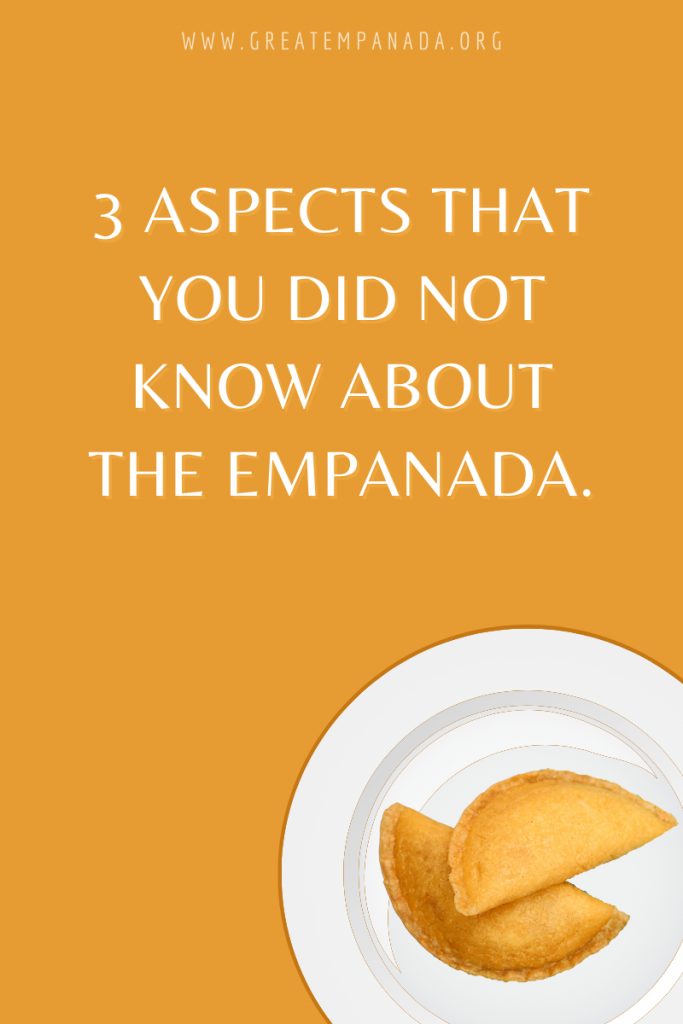 1.- La Empanada was created as a means to preserve and transport lamb, beef, chicken or fish meat -with deliciously prepared vegetables and spices- that would be the food of Pastors, Travelers or Pilgrims on their long days away from home , the layer of the breading (dough) covered the food completely isolating it from the air and delaying its oxidation; Depending on the moment of consumption, it was the thickness of the dough that covered the protein, thin dough for consumption at the time, thick dough for a longer time; At the peak moment, the Bread was an excellent accompaniment to the preparation, however the dexterity and practicality of the diners led us to convert the dough and the meat into a unique bite, just as we enjoy it today! And now, with the benefits of freezing at our fingertips, this function of preservation and transport of food becomes much more effective and makes our Great Empanada – once it is fried in our kitchen – can reach your table with that captivating golden color and the fresh flavor and aroma that we enjoy so much of healthy foods made at home by loving hands.

2.- It is supremely versatile. Regarding its size, they can be large that constitute a plate of food in itself, or very small that only serve as an aperitif; Regarding their shape, they can be round like a large stuffed cake that must be cut into portions or the most popular ones that are folded in the middle in the shape of a half moon that will be served individually, their fillings can be salty, sweet, with fruit or just vegetables. Some crusts are made with wheat flour and others with corn flour, with or without the edge or without, some are baked in ovens, others are fried in oil and today they are even fried with air!

3.- Their origin is controversial, millennial, and that makes them so popular, because in all regions of the world versions of them have been developed, of course, with different names but in essence it is the same food preparation, Gyoza, dumplings and Wonton classic in Chinese, Korean and Japanese gastronomy, Pelmeni, is called the pie in Eastern Europe and especially in Russian cuisine, the Samosas of India and Southeast Asia, the Arab Esfigha and Fatay, the Italian calzone, the Galician empanadas, British or American pie; Or the South American empanadas, from Argentina, Chile, Venezuela or the Colombian Empanadas? In other words, from East to West, from North to South, the Empanada is certainly deeply rooted in world cuisine.

I want to end with a very recent reference to this culinary wonder made by Pietro Sorba, Italian Journalist, Writer and Strict Food Critic who states:

“Divine empanada. Ambassador of identity, culture and tradition of each territory. Synthesis of meals and recipes of the towns. Latin soul and citizen of the world. Noble and humble. Popular and low profile ”.

I hope you have learned something from all this and that you continue to incorporate this delicacy to your table, we are here to help and serve.

We invite you to try Great Empanada’s version today!